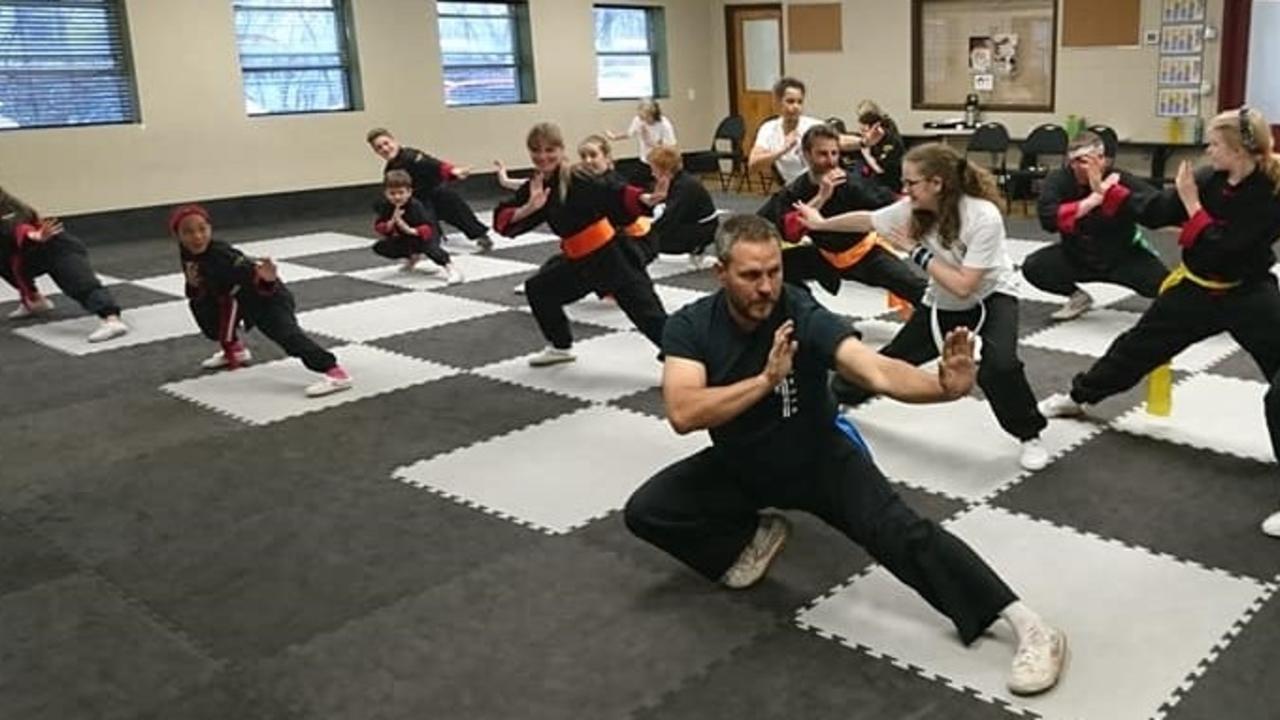 Kung Fu is not a style of martial art. Kung Fu is a lifestyle. It’s not something you complete; it’s something you do, continually. The Kung Fu practitioner is in a constant state of never ending improvement, not just physically, but mentally, spiritually, philosophically. The practitioner sharpens their skills in all aspects of their lives. They do this because once they understand the methods and discipline they develop in martial arts, they see the same methods and discipline can help them in all aspects of their lives where they need improvement.

Although there is not one end goal in Kung Fu, the focused practitioner will set many goals along the way to continually develop. Goals, however, cannot be accomplished without a system of discipline. I’m writing this now, because we’re a couple of week into the new year, and if you’re reading this, there’s a chance you may have already given up on some of your goals for this year…. Maybe because you’ve started to doubt yourself or found them too difficult, or maybe it’s not going the way you hoped. When this happens, sometimes, unfortunately, we reassess what we set out to do and set the bar lower. Don’t do that. You don’t need a lower bar, you need a better system.

You need to discipline yourself just like you would discipline a child. Most parents these days know the importance of positive reinforcement when disciplining kids, but they don’t connect how important it is for everyone’s development, not just children…also, not just others. Instead of just wishing to accomplish a goal, we need to condition our behaviour to achieve that goal, just like you would condition a child’s behaviour to have them act a certain way.

This is a process done consistently over time, just like Kung Fu. When a new student starts in Kung Fu they are typically really excited. They want to dive right in, get the uniform, learn all the moves, make massive changes. If instructors don’t guide them properly they will usually fizzle out in a month or two. Most people are always excited to start something new, but they lose interest when the initial excitement wears off. What I always tell students to do when they start is to rely on habits and momentum, not excitement, high hopes, and overly ambitious goals.

The new student usually says to themselves “this is going to be so great, I’m going to go home after my first class and practice for a whole hour, and then a whole hour every day after”. If they are allowed to do this what happens is they do the whole hour once, because they have the initial excitement, but then the 2nd day comes around and an excuse comes up, so they skip it, then the third day they’re not as excited, so another excuse will surface, and the overly ambitious goals are shelved, along with the treadmill they bought the previous year, and the shake weight they bought the year before that.

Alternately, what I tell new students is to practice for only 1 minute the first day, only 1 minute, because no one can realistically come up with an excuse why they can’t practice for one minute. After one minute, stop, no matter how enthusiastic you are, and let that extra enthusiasm carry over to the next day where you will also only practice for 1 minute. For everyday the first 2 weeks practice for only 1 minute. Then, the 3rd week, practice for 2 minutes daily, but it has to be every day. After a couple more minutes, increase the time to 4 minutes, and so on. This will do 2 very important things: 1st, it will build momentum, and 2nd, it will develop a habit. Mere minutes won’t seem like very much, but stretched out and compounded over a year it’s much more than the 1 hour you would’ve done once before puttering out. Habits are powerful and they must be used to our advantage. That’s the method. The discipline here is in how you reinforce your behaviour….

After each day, and each week, find a small reward for yourself to reinforce your behaviour. Just like when you’re teaching a child, you don’t just wait until they make a mistake and criticize them. You reinforce what they’re doing well to encourage more of that behaviour. As I said above, most good parents know this, but for some reason don’t apply the same logic to developing their own behaviour, so they set a goal for themselves, wait for their own will power to fail, and then criticize themselves internally, and then set meeker goals.

This method and discipline can be used in all aspects of your life where you wish to develop skill. Take your finances for example. Is this the year you are finally going to start building your savings responsibly? If you simply set the goal, by the end of the month some excuse will come up, and after 30 days of life, the goal will be less exciting as it was New Years day. Instead of relying on the ambitious goal, willpower, and hope, use momentum, build a habit, and use positive discipline.

A great foundational book to read for building long term wealth is “The Richest Man in Babylon”, which I highly recommend you order a copy if you’ve read this far. The overall premise is that you should be taking 10% of your earnings first and putting it aside before any other bills get paid. Many people will tell themselves they can’t do that now, they’ll do it when they increase their gross by 25%. The reality is, if you can’t discipline yourself to save 10% of your earnings now, you still won’t be able to when you’re making 25% more. It’s not about the amounts, it’s about the discipline, the behaviour.

Let’s break it down and make it more manageable. Let’s say, for simplicity sake, after deductions your monthly take-home amount is 3,000, and your end goal would be to put aside 10%, which would be 300. Don’t stress out about banking 300 for this month, cutting the cable, buying discount meat, skipping date night. Start building momentum. Today, by the end of the day, put 5 dollars into your savings account. Piece of cake. After you’ve done it, reinforce that behaviour. Have a cookie, watch your favorite show, scroll your newsfeed, have a coke, give yourself a crisp high five. Whatever it is, enjoy it because you earned it, as long as you’re not indulging in a negative habit that has a net detrimental effect (example – buying a $15 pack of cigarettes would be a -$10 net effect, duh).

You want a positive association with that action. You want your endorphins aligned with the habit. Do that every day for the next week, and every day give yourself a small positive reinforcement of some kind. After a week, give yourself a small celebration. This may seem juvenile to congratulate yourself on something you think you should’ve have done years ago and something that you may feel is overdue, but do it anyway. Keep doing it for 4 weeks.

Now, if you’ve followed this through, and done some quick math, you’ll realize that after a month you’ve only saved 150, not the 300 you were hoping for. That’s ok. You’ve done much better than if you just set the goal, relied on your willpower and hope, and then beat yourself up for the failure and waiting until next year to re-set the goal. Now you have momentum and you have a habit you’ve developed. Once you have the habit and a little momentum, after one month, it will be easier to set your daily deposit to $7, and after that month you’ll have saved $210, and then the third month, if you adjust your habit to $10 a day you’ll have your 10% system habitually. Skipping it will feel awkward, like skipping any other habit. You know how you feel if you don’t have your morning coffee or tea. You want that same kind of feeling with your savings.

When you use this method in one area of your life successfully you will also gain a more general sense of momentum, become addicted to it, and use it in other aspects of life. It will gradually weed out negative habits for you so you don’t have to be at war with your unwanted behaviours all the time. That’s good Kung Fu. I wish you all the success you’re willing to work for this year.