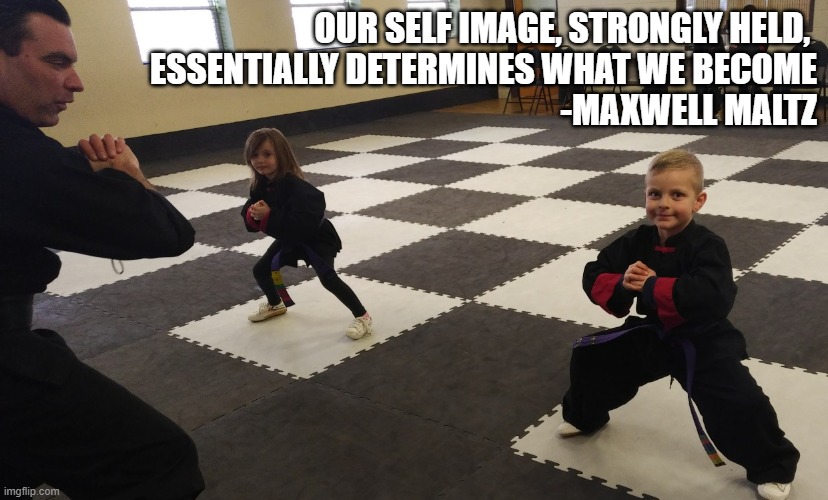 When I was about 12 years old, I was not a very active kid. Way too many video games, way too much TV. I was putting on extra weight after I broke my leg in a ski accident and spent early spring in a cast, after that laziness just compiled. This allowed me to ride the metaphorical “I can’t, my leg is recovering” scooter for much longer than was reasonable. I was in that sweet spot in between divorced parents, where no one put in the effort into arguing with a preteen know it all.
This was much further compiled when I was at the orthodontist one day getting fitted for some contraption or another. The orthodontist, while examining my face, mentioned that my jaw was set back too far, putting pressure on my wind pipe. This would make it slightly harder to breathe and make it very difficult for me to perform well at sports.
I was already terrible at sports. Not because of my wind pipe, but because I didn’t practice any and I wasn’t active. When I was registered for different sports when I was younger, I always did the bare minimum. I was under the impression you were just either athletically gifted, or you weren’t. I thought I was just in the latter category because I was small. My understanding at the time was practice had little to no effect on it.
When this orthodontist explained this wind pipe thing, it was gold. It was exactly what I needed. Now it was definitely not my fault that I was not athletic or active. It was “THE WIND PIPE”. I had the ultimate excuse to keep my butt on the couch. “The Wind Pipe”.

I eventually committed to martial arts training a few years later which changed everything, but before I did, I milked that excuse for all it was worth. Martial arts taught me that I get what I put in, and that you need to have an internal locus of control.
Having a Loser’s Limp, (an excuse as to why you lost that you come up with after the game is over) is having an external locus of control.
If you haven’t heard that term before, imagine it this way:

You’re in a race car, with a manual transmission, and instead of having the gear shift inside the car to your right, you modify it to take it out and put it somewhere else to be controlled by someone remotely, like your pit crew.

You ride in the car, steer, press the gas and the break, but they do the shifting for you. If you don’t win the race, who do you think you are going to blame? Probably the pit crew, because you’ve given control over to them. You can yell at them and it will make you feel better about losing.
If you put that control back in the car, and have an internal locus of control, you can’t blame them when you lose; You have to look at your own skill and behaviour and ask yourself what you can do to change and make a difference.

I can assure you that having a “compressed windpipe” or (whatever it technically was) only ever effected one thing: My attitude.

After I started martial arts training seriously, I never had any issues physically and athletically again. Quite the opposite actually. I started to out perform most of my friends and peers. This was because I was getting in better shape. I was getting in better shape because my attitude shifted. Because my attitude shifted, it changed my behaviour. Different behaviour yielded different results.
The orthodontist didn’t really know what he was doing at the time in this regard. I think many authoritative sources or “experts” don’t understand what they do to people psychologically when they throw such claims around haphazardly. It’s not like he took any x-rays at that point, he was just looking over my teeth, and maybe trying to sell my parents on some upgraded gear; I’ll never know.

Because he was the authority, I grabbed on to what he said, believed it, and let it dominate the next several years of my life.

Admittedly, this was ultimately my fault, not his. I am lucky enough to have eventually developed an internal locus of control about it. As a result I learned not to do it again.
There are many ways people do this. They don’t just accept a diagnosis, they really own it and become it. This happens to the point where it shifts their attitude and behaviour into accepting a lower standard for themselves. After shifting the behaviour, they will blame the diagnosis instead of accepting the possibility that their current results are because of the shift in behaviour, not because of whatever diagnosis they were assigned.
Parents do this with their kids as well. I once had a parent ask me to excuse their child from the reading we do in our leadership program, because they were not a strong reader. I asked them how we can develop their child into a strong reader. After a moment of thinking they got it. Yes, we should take some time to practice reading, coach them through it, and not take the challenge away from them.

Kids can take the word and opinion of parents and authority as gospel. We have to be very careful we don’t assign them shortcomings and move their locus of control outside of themselves.